A downloadable game for Windows

Made for the GMTK Game Jam

Description
An Infinite Runner type of game, made with focus on mood and pleasurable time passing (after one gets used to the controls etc). The game has no explicit goal, any scoring system was discarded, you just play as you please.

The 'track' is formed in a Möbius strip shape, which doubles the perceived length of it. You are running in this infinite loop while the obstacles change before you. The 'running along the same track' in form of the Möbius strip was chosen so you can interact with yourself, which is used in form of leaving 'powerups' behind you as a secondary effect of your jump after you reach a certain speed of phase in the game.

How my submission matches the theme
[space/enter] = jump (with small speed boost) + doublejump
Fastest phase (glowing 'goblet') = by jumping, you leave yourself powerups on the Mobius strip for your next lap
Powerup = boost + remove obstacles nearby
Highlighted stairs = your 'progress'/'speed', you gradually speed up until you reach the top, you slow down when you hit an obstacle
Obstacles = block path (if you run into them) or boost you (if you jump on top of them)
Goal = relaxation... No score, no ending, no external rewards. Sorry to those who seek that in a game ;)

I tried to give more functionality to the one input in the game, not only by incorporating classic speed boost + doublejump, but also connecting it with the weirdness of Mobius strip in the later phase, were you also drop powerups for yourself (your next lap) by jumping. You can also use the objects that block your path to your adventage, by using them as trampoline. Plus some additional information is encomposed in the 'environment' by highlights, as well as height encoded in the colors (so you know when going down or uphill which varies the speed) - so that every part of the presentation has some use to it.

As an ultimate multipurpose-designed game, this game can also function as a great screensaver! [Added ScreenSaver build after the Game Jam ended as a bonus]

Resources used
Unity 3D
- ProBuilder - editor plugin for modelling directly inside Unity
- ShaderForge - editor plugin, a node based shader editor for quick shader prototyping
- MasterAudio - for including sound and music to the game
- FXPro - postprocess effects which I had to use, since built-in Unity postprocesses had visual glitches in the resulting image :( Used mainly for bloom+vignette effects/color tweaks
- SFX (due to not enough remaining time) were picked from the pack "Gamemaster Audio - Pro Sound Collection" (not the ingame music though)

Contributors
Apart from the aforementioned used resources, everything in the game (shaders, models, code, music) was made for this jam by myself.

Notes
The algorithm for generating obstacles could use an iteration or two more, as well as the tightness of controls probably or general readibility, plus more interactions with the track itself.
But the game was made for GMTK Jam, which means 48h time limit, so I hope it will suit at least some of you and won't prevent you from entering the flow state to enjoy the display.

Wow, the art in this is very, very well done! I generally don't enjoy endless games without objectives but this one was a rare exception. Very relaxing, almost mesmerizing. Great work!

A beautiful optical illusion inside a game. It's still good after 2 years.

Could you please send me your email id. I have doubts regarding how you plotted the mobius strip. The wikipedia formula is very unclear to me thanks

Hi, sorry I don't check here much :) Anyway, pretty much all I did was have a certain amount of "segments" there, placed in a regular circle fastion. And all I needed them to do is turn 180 degrees from "the start to the end" of the circle along their local "forward" axis. Thats the general idea, no need to overcomplicate things, just realize what mobius is and then just rotate the individual parts according to it.

In the end, there are some other animation-like factors in play to make it more appealing, like the whole strip being inclined a little bit and rotating around vertical axis, camera slowly rotating as well, and the fact that I wanted the ball to always be "on top of the strip" (above it in Y), so I rotate the segments according to current balls position, the ball pretty much dictates "where the start of the circle is".

Even playing this for a few minutes genuinely enticed me to keep playing. Beautifully made, and truly impressive given how little time it was made in. I feel like i'll remember this for quite some years to come. Thank you!

Please post more of your work, it's amazing! very inspiring

Reply
The Nope Lord5 years ago

Beacon is awesome. Just fun to mess around with when you are bored. Super-relaxing too. 11/10

I played your game on my Twitch channel www.twitch.tv/zedkraze You can find a replay of the stream here: Check the description on the video to jump to your game

Simple question: Why no Linux release? (amd64 or i386 binary + data in a tar.gz). If its simple, we can usually do the job ourselves or run it under WINE, but some native support would be nice.

48h, switching platforms requires reimports of all assets which takes some time in Unity. If I get around to it, I'll try to build for linux (though I currently have no machine to test it on), just wasn't really a priority during the jam itself.

Thanks a ton, the game looks really neat. You could also simply write a script to execute the binary under Wine. but i dunno how well that will work, as this probably uses directx

Really cool and relaxing.  Only issue I found was that the beacon thing in the center could hide obstacles behind it sometimes.  Fix that and I could play this for hours.

This is amazing and beautiful. Loved the candylike texture to everything!

Mesmerizing stuff, took an effort to be able to stop playing the game :-p

Looks beautiful.
You mentioned a screensaver function (in jest). Would it be possible to release it as an actual screensaver? I think it would be neat.

Took a while to alter and add some settings screen, but ok, released as a screensaver as well, you can download it next to the game build here on the game page! In the settings, you can unmute/mute the music, default should be muted since I guess most people prefer screensavers silent.

No installer though, read the included readme.txt for how to set it up in windows (never made a screensaver before, hope it will work as expected).

Thanks! I just set it up and it works :) 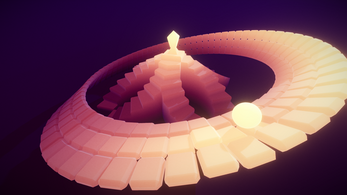 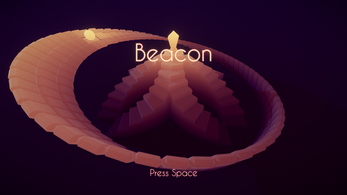 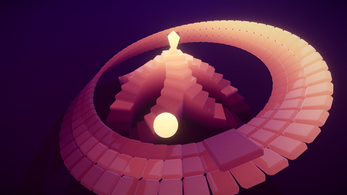 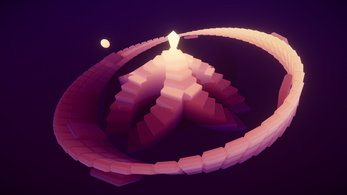 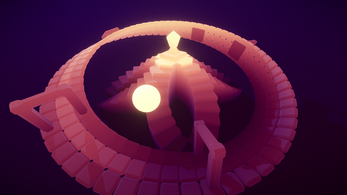 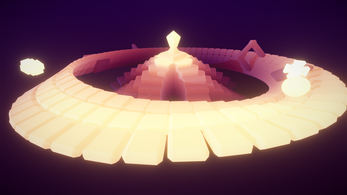 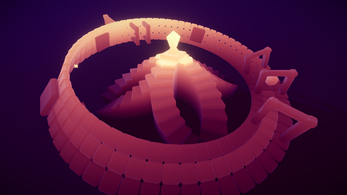 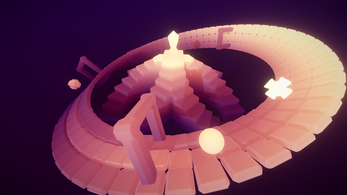